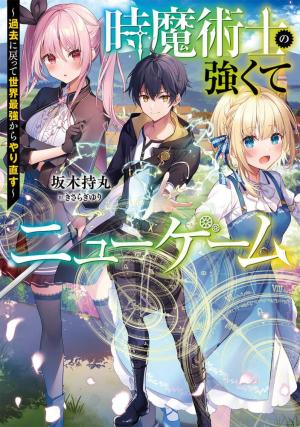 The only time mage in the world, Chrom Chronogate.

He was abandoned by his family and scorned for having zero talent for magic, but after a hundred years of hard work, he rose to the top.

However, by the time he became strong, he had lost everything he wished to protect. His one and only life was spent entirely on the pursuit of power.

But then, Chrom made a decision.

He would use time magic, and rewrite his life.

And thus, he went back to a time in his life when he was known as a failure, with his powers intact. All to defeat the enemies he was unable to beat, and save the people he once lost.

The fated deaths of his childhood friends, the attacks of powerful monsters, enemy conspiracies… He would have to settle everything from the shadows using his knowledge of the future.

While being lauded by the townspeople as a mysterious hero, Chrom enjoyed his opportunity to live his life again, with the people he saved.