The Time-Limited Duchess Will Do Anything for Eternal Life 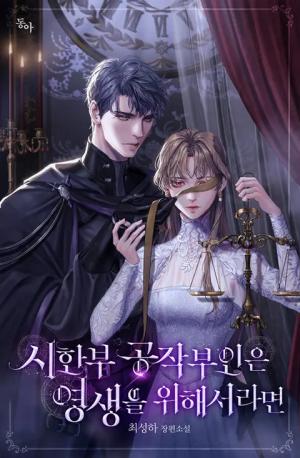 Caria, an illegitimate daughter of a Grand Duke, was a neglected Duchess. She has a genetic disease that was secretly being passed on in the bloodline of the Imperial family, and she had been diagnosed with a time limit on her life.

‘I will take my revenge on the people who abused me.’

To make matters worse for her after her outburst, an accident happened.

“So now you’re saying that I came back to life just like that?”

She got her past life’s memories back.

She was once the loyal retainer of the First Emperor of the Empire, and she had been stronger and more confident in her abilities than anyone else.

She had been the Archmage Asmov.

She herself decided on a time limit: six months.

She would take her revenge and make her husband and family suffer as much as she did when they neglected and abused her.

…But why did she run into him now?

“He must have been your lover. That’s why you keep looking at me with such loving eyes.”

Gilford was her husband in her past life who she loved with all her heart. And this man looked exactly like him.

Caria, who regained hope that maybe he had been reincarnated just like her, started her plans again to remake the Elixir of Immortality that she had concocted in her previous life.

Her sole dream was to live an eternal life with her loved ones.

Will the time-limited duchess finally be able to live happily forever and after?