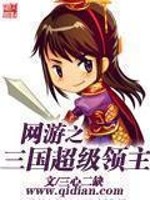 The new VRMMORPG takes the world by storm with its 100% realism, set by the ancient legends of China. It quickly became known as the 2nd reality of mankind. Imagine fighting alongside legends such as Zhao Yun or Guan Yu or even having a stroll with the famous Diao Chan!

*Zhao Yun, Guan Yu, and Diao Chan are all famous historical figures back in the Three Kingdoms era of China