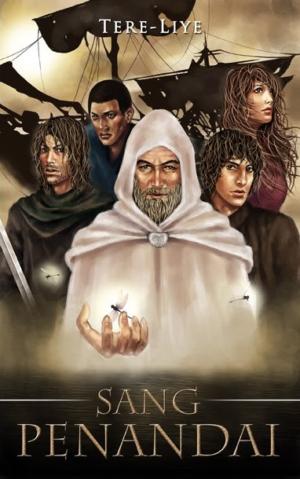 Could you imagine, a human child tried washed away his bitter memories with the journey across tens thousand of miles ocean, a dozen years? Jim, stabbed by his remorse of losing Nayla, always failed to forget his cowardice to pay his promise to his lover. In the veil of despair, guilty and worthless, Jim meets with The Telltaler, the creator and the guardian of fairytales.

Together with “Floating City Fleet”, Jim the orphan who grew up by citizen generosity, the poor man who is only good at play violin, the young man who was too coward to face his fate, –change himself became an important person in the expedition to find the Land of Hope. Fight with the legendary pirate of the continental border, visit and climb Adam’s Peak, until he became the hero of civil war in Champa country, all he went through while wrestling with a stifling ghost in the past. So, what the price of all those journeys?

“Will you die for me too?” Nayla asked softly to Jim. Hug him gently… Silent…

“Believe it! A true lover will never give up until death itself pick him up…”