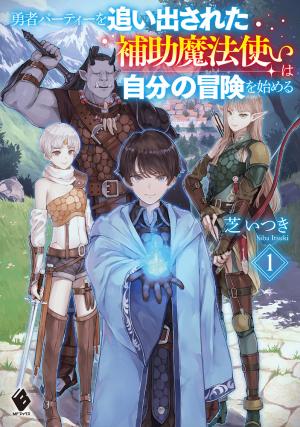 The Sage, Eto, who belongs to a hero party, was being treated discriminately because his party couldn’t recognize the value of support magic, which he is only good at.

Even so, Eto still tried hard to be useful for his party. However, when he was being misunderstood and shunned by his childhood friend, who was also the master swordsman in that party, he began to think it was the time for him to leave the party.

Thus, Eto begins his adventure, freely using support magic that was forbidden because of how useless it was.

“Eto! Where did you get this much power!”

“Haven’t I said it was from support magic? It’s the power that I already had from the start, just like the ‘hero’ title you have.”

When they met again, Eto’s power had grown beyond his own imagination and beyond the power of the hero.

※This is not a story about revenge. I just hope you enjoy watching the characters that appear in the story grow as the main character begins his adventure.