The Strongest PK Killer of All Time 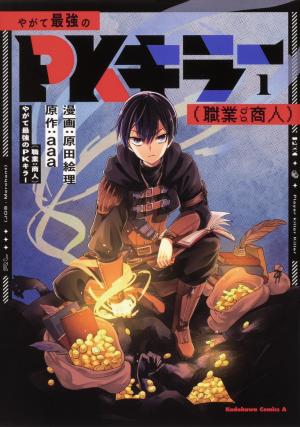 Nishiki Hanatsuki, a corporate drone and a disappointment, began playing a VRMMO (Virtual Reality Massively Multiplayer Online) game called “Real Life Online”, or “RL”. However, the class he chose to play as was a “trader”, which in RL, was considered one of the worst classes of all. One day, he undertook one final mission to end things, but chanced upon Player Killers (PK) during it. With it being two against him, it was a hopeless situation that led to awakening the trader’s hidden skill. After killing the PKers, the skill responded to the desires held deep within Nishiki: “I want to fight against even stronger enemies.” After that day, he gladly took on one PKer after another, fighting and making his way to take down the ever-present PKer boss. Now, together with all the traders who’d given up in the past, their actions are creating waves across the entirety of RL.