The Stepmother was Overturned 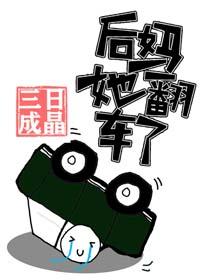 Shi Jiaojiao was a novelist who specialized in abusive stories. She was unintentionally electrocuted one night while staying up late to write more dog-blood. She was ens*aved by the reader’s complaint system. To survive, she had to travel in all of her books and perform assignments.

In the first book: Shi Jiaojiao transmigrated to a vicious white lotus that caused the second male lead to go blind.

Shi Jiaojiao: Damn, did I write this story! What’s going on!

The second book: She was transmigrated as a young vicious wife who took away the male lead’s sole remaining properties after he was gravely injured and went bankrupt, causing him to postpone treatment and end up spending the rest of his life in a wheelchair.

Shi Jiaojiao: What is the title of this book?! This is impossible!

The third book: She was transmigrated as a scumbag woman who abandoned her son and family. She was greedy for wealth and coveted the position of a concubine. From the depths of hell, the spirit of the husband who perished on the battlefield crawled back.

Shi Jiaojiao: This must not have been written by me! Woo woo. I want to go home.