The Spoiled Daily Life of the Villain’s Mother 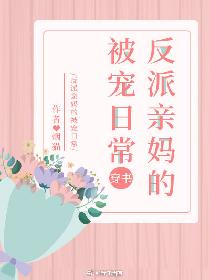 When she fell into the Chuān Shū system, Jiang Shi Ning not only had to be the mother of various villains and supporting characters to get them back on track, but also had to ‘leave in death’ at the right time. After five lifetimes of reincarnation, the highest level. She can finally return to the normal world. But …… she never expected to see a familiar face.

The emperor and prince brother: “Mother, this time, this sons will protect you!”

Sword Saint of the Immortal World: “Mother. Son will take care of you.”

Little Monster of the Apocalypse: “Mother Mother, here’s an apple for you!”

Jiang Shi Ning: “…… don’t mess with that, no fighting ah, you’re not allowed to fight ah!”

Also known as: “Mom love me again” “Mom who do you love most?”