The Snowy Path of the Heroic Blade 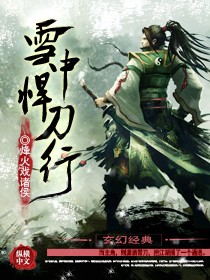 With a face like an arctic fox, wearing the two blades Embroidered Winter and Thundering Spring, he strived to become number one under the heavens. Under the lake was an old, white-haired fighter who loved eating meat. The old servant, missing his front teeth, carried a sword sheath on his back. In the mountains, was a young granduncle riding on a green cow; he did not dare go down the mountains. There was a cold female killer, riding on a panda. In Jianghu, higher-ups who set out on a journey had to pay attention to their outstanding outfits. Female heroes who walked along Jianghu had to pay attention to their popularity. Sects had to set up a good relationship with the government. As for the main character, he casually took his blade and tore through Jianghu.