The Sleepless Night of the Maid 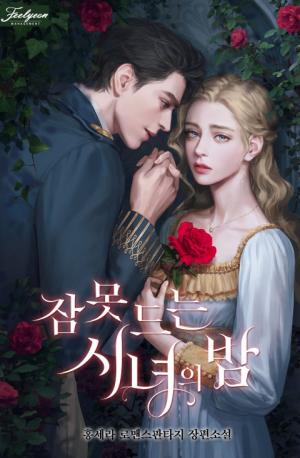 Eva Macy, who was once the daughter of a noble family, now lived in the house of an acquaintance as a maid.

She first met him when she was passing out to the deepest bottom of her life. A beautiful, strong, and dazzling man, her former fiancée, Prince Edward.

Perhaps, it was because of his sweet voice.

She mumbled. Her appearance of being soaked in water, her socks worn with holes and the situation were all very shameful.

“What’s so embarrassing? Your feet are very pretty.”

As if nothing was as pretty as these.

“There’s nothing to be ashamed of. For whatever reason it is, you did nothing wrong. Eva.”

Edward soothed her, calling out her name.

Only after he left did she realize.

The man who had just dawdled for a moment has left a heavy emotion on her heart, and he was her first love.

After a tiring period, she met Edward again.

After defeating several aristocratic spirits, she became a maid of honor in the imperial court.

When her heart had grown and become strong.

When she could no longer think of him.

“It is the job of the chambermaid to make sure there is no inadequacy before the Lord goes to sleep.”

“Have I ever acted this way in front of a lady?”

His voice was harsh. She was captured and her sparkling eyes felt very threatened.

“If I knew you’d come into the Imperial palace, I wouldn’t have let you go that day.”

Edward, who lowered his face, warned in a low voice.

“So, this time, I’m thinking of fulfilling my wish.”