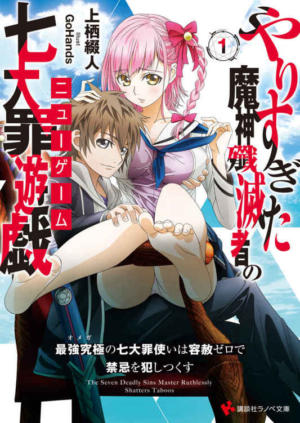 In the year 20XX — seven seraphim suddenly descended upon the city of Kichijouji. Then, within a several kilometre radius of Inogashira Park, a certain phenomenon occurred. People began to obtain special abilities one after the other. The seraphim then caused an immensely tall structure to appear within the park, and they disappeared into it. The Japanese Government repeatedly failed to establish contact with the seraphim. The seraphim did not respond to any calls, they did not show their appearances, and they didn’t even make any statements. Although confusion ensued at first, the special powers that people acquired turned out to be usable only within that particular area.

In Kichijouji City, more and more people from all walks of life and with different kinds of abilities came in to join the overflowing crowd. And so — several years had passed since the advent of the seraphim, and special abilities had now become commonplace. Kichijouji continues to reign as the number one city that young people want to live in.