The Servant of God Gets the Power of the Demon King 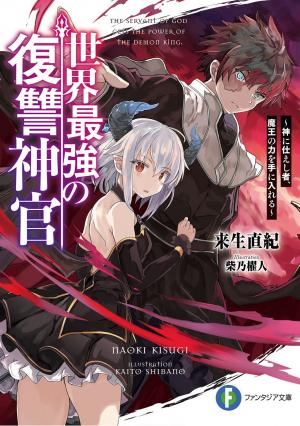 A world where the battle between the demon king who controls the world and the heroes who oppose him continues.

Raze Adead, a genius young priest who serves the great temple, while living with his younger sister Liza, who is his only family, healed, saved and blessed the heroes called the “Seven Heroes”.

One day, it was reported that the “seven heroes” had defeated the demon king.

Finally, the peaceful world that everyone wanted was yet to come.

Raze thought so, but the hero Dean Strear who defeated the demon king proclaimed “Races Purification” which consists of eliminating all other races.

People who repudiated other races supported him and the world began to change.

And in the midst of that turbulence, Raze’s fate would change forever… ..

Associated Names
Related Series
—
Recommendations
—
Latest Releases
G
All
Read The Servant of God Gets the Power of the Demon King and other Light Novels over at BookWalker!
Explore
Tools
Add