The Scum Gong Begs Me to Get Back Together, but I Just Want to Get Rich 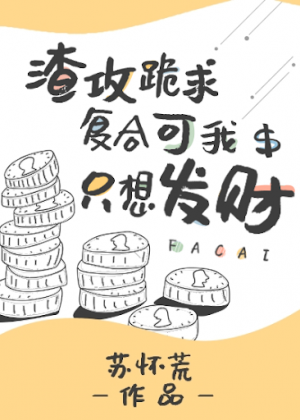 When Jiang Xiao was nineteen, he accidentally dug a dirty and penniless Lin ChengYu out of the tr*sh and fell in love with him at first sight. He accompanied Lin ChengYu through hard times, and gave him warmth for the next fifteen years until he finally became a success.

By rights he should have been the white moonlight of Lin ChengYu’s heart. As it turned out, he was just a supporting role. Successful people can be callous. When Jiang Xiao fell ill and died in a hospital bed, Lin ChengYu never once came to see him.

He learned that in this world, aside from the knowledge in his head and the money in his pocket, everything else is unreliable. Now all Jiang Xiao wants is to study hard, earn money seriously, and become a common, ordinary rich man, academic tyrant, and local tycoon.

Lin ChengYu: QAQ, baby look at me! I’m rich, too. I’ll give you all my money and my life!

Jiang Xiao (slowly backing away): Thanks, but I don’t seem to know you.

#Now that I have money, my pursuers are lined up from here to France, who the hell are you?#

【Lin ChengYu, president of YongJiang Group, is well-known in the industry as a single, rich, and handsome man. The outside world thinks he’s a cold and sexually indifferent orphan. Only a few people know he’s just doing his best to hang on until a certain person turns his head.

That person used to spoil him. He didn’t know how to cherish his love. Then he suddenly left, never to return.