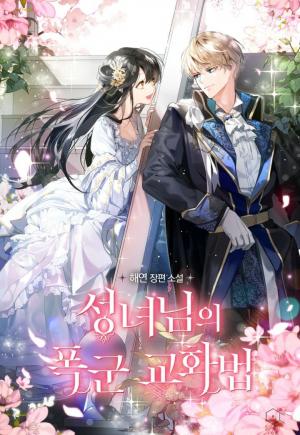 She was reincarnated as a Saint after her unfortunate life came to an end.

One day, during her peaceful life as a beloved Saint, he appeared like fate.

Adele, an enemy boy growing up as a brutal tyrant in the future.

I took him to heart, and he opened his heart to me.

However, in the face of cold reality, I finally let go of his hand.

After so many years, he reappeared…

The beautiful, cruel young tyrant was obsessed with me.

I recited his name, the name which only I could call.

During our childhood, you weren’t the Emperor of Callis.

Can I tame you again?