The Roommates Were Ecstatic to See Their Roommate in a Dress 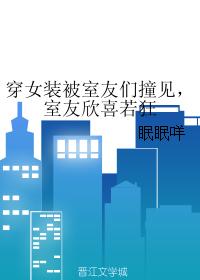 There were four people in the dormitory, and three were gongs.

Su Shi is a straight guy who likes to wear women’s clothes for live broadcasts. After staying in the dorm room, he found that two of the other three roommates were bent! And those two were still staring at him hungrily!

The other straight man became his life-saver. He definitely had to stick with him to wash and had to squeeze into one quilt together to sleep at night.

Su Shi: “They will definitely climb into my bed while I’m asleep! For safety, let’s move out!”

Gu Chengxi: “You want to live together with me?”

Su Shi’s heart: We live in a gay man’s lair. We should keep each other warm.

Gu Chengxi who was mistaken for a ”straight man”, said: This bottom wearing women’s clothes is too passionate. Everyday he’s throwing himself in my arms and makes people unable to resist. It’s better that I hold him…