The Result Of Doing My Best To Not To Get Killed By My Brother In Another World! 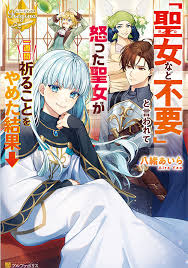 In a novel I read in a previous life, I was killed for the crime of deceiving a saint.

And the person who killed me was my brother. He is a scary and strong brother called the Count of Darkness.

Every day I’m terrified of what will happen if my brother ends up killing me, but something is wrong with him.

He’s supposed to kill me, but he’s saying he’s going to protect me. What the hell is going on ……?