The Reincarnated Count’s Daughter Is the Strongest as She Is Loved by the Spirits, Though She Is Only Wishing for Regular Romance! 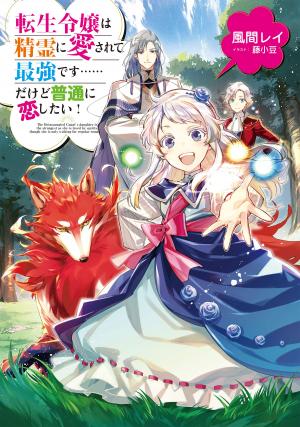 Before her reincarnation, Diadora was an office worker who writes light books as a hobby in her thirties. Her irregular lifestyle led to her death. The world where she was reincarnated was a world where if you gave magical power to spirits and raised them, they would become spirit beasts and be able to use powerful magic. However, people had forgotten how to interact with spirits. In a world where people can use magic, Diadora, who has been increasing her magic power became the youngest person in the empire to raise a spirit into a spirit beast under the Spirit King’s support. Before she knew it, she had become one of the highest-ranking people after royalty and was treated like a fairy princess.

But she wants to protect her spirits, her family, and her friends. She also wants to fall in love, get married and be happy! She’s supposed to be happy with her cheat skill, Wiki-kun, from time to time. But her position keeps getting stronger instead.