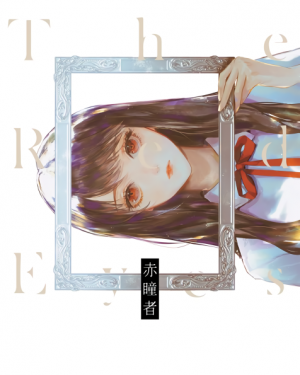 Everyone has an unspeakable secret about her,

it’s only she herself that doesn’t know…

「Are you all that afraid that my memories will return?」

「No matter how cruel reality is, I will never let you face it alone, I swear.」

Xiao Yutang has experienced the same recurring dreams more than once, in the dream was a blurred face of a stranger

She always wakes up crying, opening her eyes to the screams of the people around her, and later noticing that the windows were either cracked or the glass cups shattered.

Around that time, she receives consecutive letters from her long lost elementary school friend Jiang Wanqian, requesting to meet up with her.

She notices a subtle coincidence——

Those queer dreams always appear on the night of receiving those letters.

There are many other strange things happening to Xiao Yutang, such as her high fever of unknown origin.

She has to check her temperature regularly every day, as soon as it reaches 39 degrees,

She must immediately go to the school doctor, Kang Xurong, to take an unidentified red pill.

Despite the doubts in her heart, she trusts that Kang Xurong will not harm her, because during the days where her life is no better than dead, Kang Xurong was the only person by her side.

Xiao Yutang does not have any interest in Jiang Wanqian’s letters in the first place, but when she notices Kang Xurong becoming upset because of her indifference, she changes her mind, and agrees to meet up with the other party.

However, after meeting Jiang Wanqian, a series of difficult and bizarre mysteries unravels.

Especially when Jiang Wanqian repeatedly claims that Xiao Yutang had changed her face,

Right now, she is wearing someone else’s face……