The Rebirth of Deceased Consort that Astounded the World 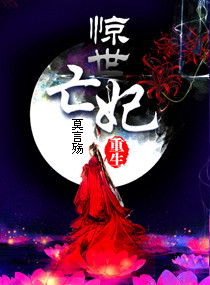 Unmarried woman being pregnant? A disgrace in the grand wedding!

Princess (Wang fei) of Jing An, who was envied by everyone, in the blink of an eye became a fallen woman. Insults, divorce, assassination, perishing….

When dead game revived by a chance, she returned with a hatred and with exactly the same face as in the past. Dazzling and with astonishing talent, she awe-struck the imperial court as well as the ordinary people!

The former husband was struggling between love and regret while princes of three countries were mutually enamored with her.

She sneered at it all. If people humiliated me I will humiliate them. If people ruined me, I will ruin them.

At that time, while suffering false accusations , she suppressed her tears and asked with an accusation: “Is prince (Wangye) willing to believe me?”

His expression chilling, with a straight wave of the palm he caused her dress shattering into small pieces, using the most cruel method proving her innocence!

At this moment, with extreme regret and ache said: “I believe you.”

She coldly smiled, “I will never believe you!”