The Reason Why We Shouldn’t Get Married 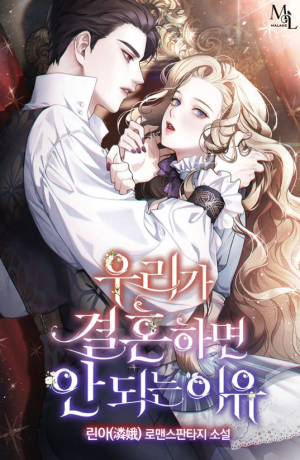 Her first love ended in ruin.

[And so I often thought to myself, “I’d rather my husband just die already.”]

That selfish, arrogant, boar-headed, and indulgent Prince was imprinted upon her memory. But now he’s acting strange….

“This is my second chance, Iandrus.”

[You end up dying, along with me, and even my child…… This is our future. So we shouldn’t get married, Iandrus. Don’t look so oblivious to it all.]

The story of a woman who wants to avoid getting married, a man who desires their marriage, and the reason why they never should.