The Real Reason We’re Getting Married 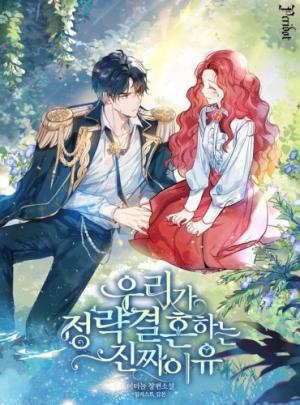 “I missed you, Yedi. For the past two years, every single day.”

“I have a young girl to introduce to the Baron.”

At the emperor’s words, Navy officer Edward took a breath in surprise.

He gave him the title as a reward for the victory in the war, and this time he paired him up with a girl.

Isn’t she the daughter of the Grand Duke’s family and the emperor’s niece?

“Your Majesty, why don’t you reconsider this marriage?”

On his first meeting with Yelodia, Edward politely rejected the emperor’s offer.

“I guess he doesn’t want to get engaged to me.”

Yelodia, whose specialty is horseback riding and running away from home, seems very serenity with her marriage.

Yelodia, who is both eccentric and honest, gradually realizes how she feels.

Edward is only troubled by the sudden confession of his six-year-old fiancee.

With about a month left before her adulthood, Yelodia’s was unhappy with her life.

In front of Yelodia, who is cute and adorable as a puppy, Edward, who especially embarrassed by her, is dragged by her helplessly.

“Please don’t cry. I don’t know what I’m going to do if Yelodia cries.”

Will the two of them be able to get married safely?