The Rankers Guide to Live an Ordinary Life 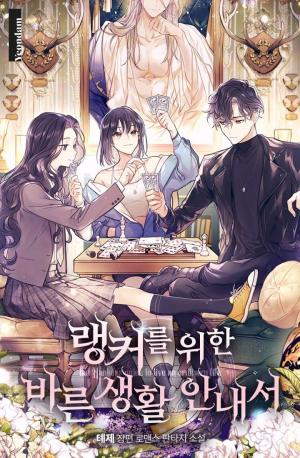 She properly held onto the star spoon and became the No.1 Ranker

She is Korea’s first S-rank awakened, and ranked third in the world’s rankings,

So naturally she was the first in Korea

-Where is Korea’s first place?

-Nobody knows, or has seen them

-They’re so mysterious– you hear that?

‘This is already the third time. f*ck…’

My mother would angrily stop my cell phone services, so I would have to go around asking for the wi-fi password wherever I went

[The rankings have been updated]

Huh…? Have I become a kongline now?

Covenant unni, I thought you said you’d only let me walk on flowery paths

[Your covenant admires your shameless personality]

“Jo. You’re still living like a garbage in the corner of the room”

“Woah. What’s the point of hitting me by the bone?”

The villain who dreams of world’s destruction, the factual offender

“Please! I know who you are, the magician king”

I have to defend this comfortable, lazy sloppy lifestyle from those around me who are trying to prey it away!