The Protagonist Only Thinks About Falling In Love 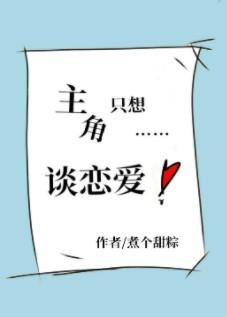 In each world derived from novels, there would be such a person; a protagonist, who although in name was no less than a proud son of heaven, had a destiny of neverending suffering, humiliation, betrayal, and abuse. The threads of these people’s fates were twisted in such a horrid way for one and only one simple reason; in the eyes of heaven, they were people whose temperaments should be honed and flaws smoothed akin to the surfaces of small pebbles fallen under running water, until the day came when they would finally be able to claim the seat at the pinnacle of the world that rightfully belonged to them.

But the harshness of such tempering was unbearable to the protagonists, and by the time they achieved their predestined glory, no residual goodness and kindness remained in their hearts. One by one, those people chose to walk the road of blackening, from which they were never to return.

The systems were confident in their success: there should be no problem, we can solve anything.

The protagonists replied: don’t worry, we’ll take care of anything that goes wrong.

The system, taking up the form of a new character, led the protagonist to the pinnacle of life.

Protagonist: with a heart of compassion, I wish nothing but peace to the world.

The system tasked with helping the protagonist find beauty and kindness in life: [comfortable.jpg]

Then, the protagonist, who should have already blackened, said with a stammer: I… I want to fall in love with you.

System: the two of us may not be compatible…

The protagonist took out his heavy sword, and the tree next to them fell to the ground. The blade exuded an air of absolute power, and it gleamed in the reflection of the protagonist’s clear eyes: What were you just saying?

System: the two of us are a match made in heaven. A natural pair, perfect for each other.