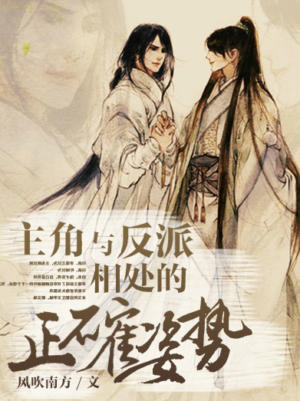 After a mishap, he accidentally became the protagonist. Unexpectedly, he and the villain cultivated together and they actually became dao companions.

“If you want to be with me forever, there is only the supreme road of achievement. Are you willing to travel with me?”

In Li JinZhi’s view, the protagonist and villain’s coexistence should be like swords and spears facing each other, a feud.

But when he crossed into the novel and became the protagonist; when he placed all his trust in the man who was supposed to be the villain; when the other side revealed some unusual feelings to him; when he held Ye Yu’s hand to the altar, he discovered that the relationship between the protagonist and villain isn’t as dull as he imagined.

When the monotonous pattern is broken, the feelings of resentment turns into sharing a common destiny.