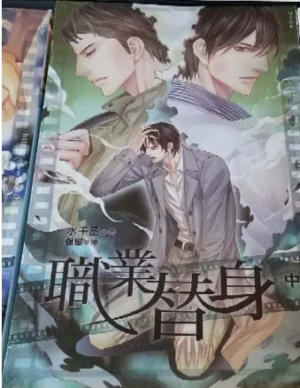 ZhouXiang didn’t know if God was giving him a second chance to live because he wanted to give him extra loving care or was it because he hasn’t messed with him enough.

Otherwise, how could it be that both in and out of his entertainment career, whether it was in his past life or his current life, YanMingXiu would consider him as the substitute for the same person.

He also didn’t know, between him and Young Master Yan, who was actually more pitiful; the one who could only be treated as a substitute or the one could only find a substitute.

In his past life, ZhouXiang was the stuntman for the big star WangYudong.

But not just as his martial art stuntman…..

Even within his deeply ill-fated relationship with YanMingXiu, he was also undeniably a complete substitute.

Disheartened, ZhouXiang went with a group of documentary film crew into the deep valleys of the treacherous mountains. Unexpectedly, he lost his footing and fell off a cliff .

When he awakened again, it was already two years later. Nevertheless, he awakened in another person’s body.