The Princess and the Film Empress 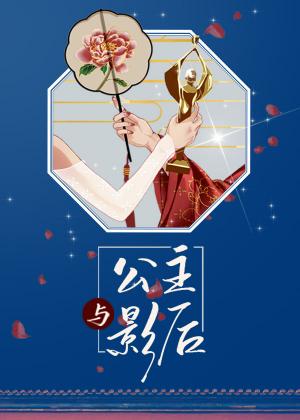 Her Highness, the Princess Royal Hua Zhao of the Hua Dynasty, was savage, willful, and domineering, receiving the disgust of the people.

But it was this savage and willful princess who bewitched the enemy troops with her red-clothed dance, when the Huns went south to destroy the country and massacre everyone in the city, finally snatching the opportunity for tens of thousands of people in the capital to flee.

When she opened her eyes again, it was already 1,000 years later.

Hua Zhao learnt from those around her and hailed a taxi.

Driver: Miss, where are you going?

Hua Zhao: Why haven’t you taken bengong to see Father Emperor yet?

20 minutes later, the driver threw Hua Zhao at the doors of the History Museum.

The historical drama “Princess Hua Zhao” was successfully completed, the audience ratings of the finale breaking 2 stars on two broadcast networks and 3 stars on one! It deserved to be called a phenomenal drama!

The actress who played the female lead, Princess Hua Zhao, was the circle’s most famous little flower, Cheng Xingfei.

She was humble, low-key, and peaceful; the model of a conscientious worker.

But then a pot fell down from the sky — gossip reporters broke the news that Cheng Xingfei had gotten too far into her role and had a mental disorder. In the middle of the night, wearing a red costume, she ran to the doors of the History Museum to mourn!