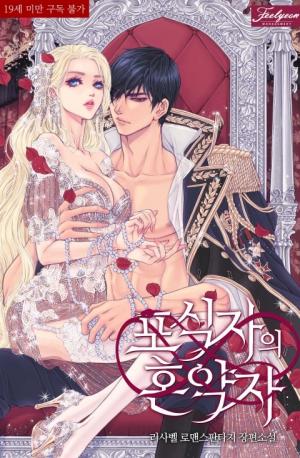 “You shouldn’t have crossed this line, Elisha, if you didn’t want it to be like this.”

A sturdy arm wrapped around her swaying body. Her head became hazy and an intentional hot sweet sigh was pulled out of her.

‘How the hell did I get myself in this situation—’

Elisha recalled. This never happened before.

Her future in which she would become the fake concubine to a demonic man from the same family, and would be eaten to death—even down to her bone marrow. A future in which the Cartier ducal family is embroiled in a power struggle and fragmented.

To avoid that future, Elisha threw herself at Lucerne, the archrival of her former life.

Yeah. There was no problem. She knew this man, before and after her regression. She already knew he was the most notorious maniac in the Empire.

After going back in time, in order to avoid a hellish life because of debt, she becomes the most capable illegitimate child in the world and visits Lucerne, the archenemy of her master.

“What do you want from me?”

“Please lend me some money. And…… make me your subordinate. I’ll give you all the information I have.”

“Why should I trust you?”

“I’ll give myself up as collateral.”

Lucerne listened to Elisha and watched her quietly.

“Okay. But I decide how to deal with the collateral.”

Elisha didn’t expect it either. That her information transaction would become a marriage contract.