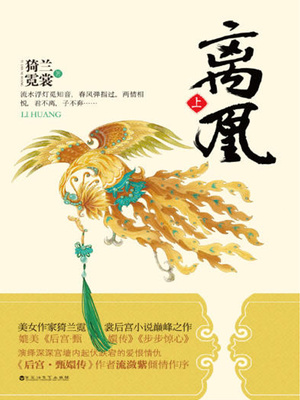 He was the young emperor. He was good at literature and martial arts. However, he was looked down by his loyal subjects. The court’s dispute forced him to marry.

She was the daughter of the influential prime minister. She was talented and good looking but lived in her bedroom where no one knows her. After becoming the empress, she met with a cold response from the emperor.

He was the gentle and refined Yu Wang. His behavior and appearance are out of the ordinary. He is famous and well known everywhere for assisting the emperor. A onetime encounter and he cannot prevent himself from falling in love with her.

One belated meeting, she becomes his fairy. She was also compatible with him. Since then, the prince only loves her, and unfeeling towards other beautiful women.

A sudden confession and she reveals her identity. They become strangers to each other. Since then, their relationship was only sister in law and brother in law. Their love is now dead.

The emperor’s harem was filled with many different concubines. Everyone yearning for the empress’s position. Trying their hardest in creating schemes to steal her position. Her trusted aide was gentle, lovely and liked the emperor. She was willing for her to become his concubine. But when the grievous news arrives, she realizes with astonishment that she was already all alone in this world…