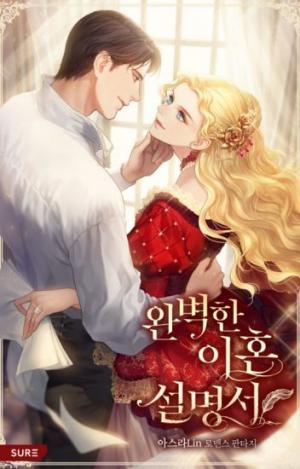 Having lived as a small citizen of the Republic of Korea, I was somehow reborn as a supporting character in a historical novel as the wife of the villain, Charles Diago, who fell for the heroine and died after committing all kinds of evil deeds!

My husband, who loved the heroine and tried to woo her till the day he died, became my death flag when he died and took me with him.

“The second act of life that I’ve gained again, it’s so precious.’

The chilly man picked up the wine glass gracefully. “Don’t even dream.”

What’s wrong with this guy?

So you’re asking me to watch you throw yourself at your crush? And then we die together?

“You told me to tell you whenever I wanted something, didn’t you?”

What are you saying? I am asking now.

“A handsome and capable husband like me is not common.”

What the f*ck? Now you’re appealing for yourself?

So please divorce me! Divorce!!