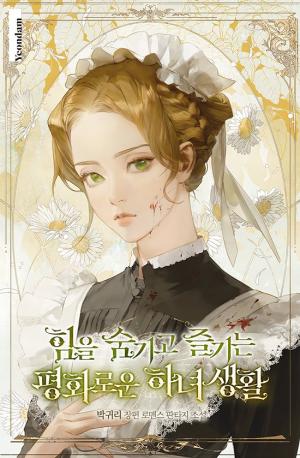 A great swordsman who ended the great war by sacrificing himself.

One of the rare heroes…

But she is actually a crossdresser who used the identity of her dead younger brother.

Four years after her death, did she come back to life? All she has is her body, so there is only one way to survive.

“You’ve never worked as a maid, so what did you do during that time?”

“What motivated you to apply for this job?”

“What kind of mansion would you like to work in?”

“A mansion that is so hard to work in and so nasty that we don’t even know if it’ll be cleaned if we both work and die.”

“What kind of employer do you want?”

“A vicious employer that terrorizes their employees.”

That way I won’t get laid off since I’m the only one you can work with.

The interviewer looked at me like I was crazy.