The Overbearing Aura is Spilling Over 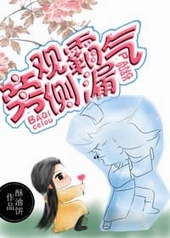 Han Feixie: The male MC of “Jue Shi Jian Xie”, with a shell of an affable gentleman, but actually his innermost was insidious as a serpent, with the overbearing aura of his, at the end he was able to conquer the world. If there’s anything that he lacks in his life, then it would be that he couldn’t pluck flowers.

Han Feixie mastered some godly martial arts, but it was just like he self-castrated. Although he was surrounded by flowering shrubs, but he couldn’t have any reaction.

Hence, the story was ruined.

Zhan Zhan: The first small BOSS that was killed by the main character in “Jue Shi Jian Xie”. He was the successor of a God War family, his personality was inhumanity and injustice, if there’s any merit of him, most probably the merit was he died in the right time.