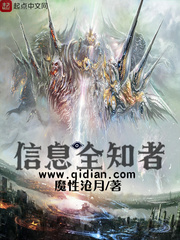 Knowledge is a burden. Staring into the night sky, Huang Ji sensed a malice that originated from the entire universe. And along with it, the dire situation humanity faced. As a mere farm boy from a remote village on Earth, he thought to himself, “I know too much.”

From science to myth, to even the deepest secrets of the universe…in the end they are just pieces of information waiting to be decoded.

With humanity being raised like farm animals by an advanced civilization, the only way out of this impossible predicament is for Huang Ji to compete with the aliens to see who knows more!