The Obsessive Shou Moves On 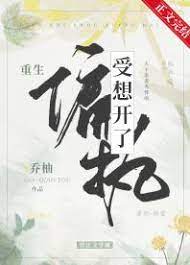 In his previous life, Yun Qingci loved the Emperor more than life and death. When he was alive, he made soup and clothes for him, and in politics, he helped monitor his officials, even his family.

He was solely dedicated to the emperor, and all his scheming strategies were used to gain favour. He never borrowed his power as the Lord Empress to seek employment for his relatives, and he did not show favoritism. He can be said to be strictly impartial and incorruptible, not even recognizing his own family.

Outsiders were terrified of him, and relatives hated him, but Yun Qingci didn’t care. However, in the end, he was thrown into the cold palace by the only person he cared about and his whole family imprisoned.

Finally, he committed suicide on that snowy day, and fell down that gilded tower.

Reincarnated, Yun Qingci retracted his claws, picked up the glass pieces of his heart, and conducted himself evasively in society. Acting as an escort to the Emperor for his relatives, he decided to become a proud Lord Empress that doesn’t need to be treasured or can have his status shaken.

Unexpectedly, the emperor who abandoned him like a shoe, praised by countless courtiers for both his virtue and kindness, suddenly changed his temper. He became cold and harsh, paranoid and cruel.

Soon everyone knew that Empress Yun was the emperor’s inverse scale. He was not allowed to be looked at, touched, or even hurt.

Yun Qingci fairy man is speechless: So you like me not loving you, why didn’t you say that sooner.