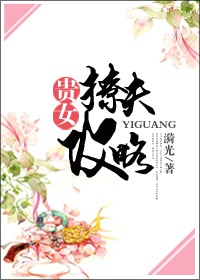 The first time they met, all the other noble women scurried away in an attempt to distance themselves from him as much as possible. Only Ye Huaiyang remained rooted to the spot, unable to tear her gaze away from Chu Jinglan.

The third time they met, he threatened to take her life away; and yet, she fearlessly shifted herself closer to him, easily succeeding in planting a full kiss on his lips before sighing in satisfaction – that she is now happy, and would be able to die without regrets.

The fifth time they met, the two of them were forced to hide in the bookshelf. Grabbing the opportunity to cop a feel, she managed to tease him till he felt as though his entire body was alit.

Subsequently, the two of them were finally wed to each other. He wanted to overthrow the Emperor and claim his rightful place, so she accompanied him on his treacherous journey without complaint, diligently removing every obstacle in his way. And when the critical moment finally arrived, Ye Huaiyang set in place the biggest trap she had ever set in her entire life, and bravely marched to her solitary death.

Chu Jinglan, who had always been calm and restrained, angrily grabbed hold of her – “What did you take me for? Did you think you could just decide to stop teasing me so abruptly after all you’ve done?”