The Nation’s Male God Fell In Love With Me 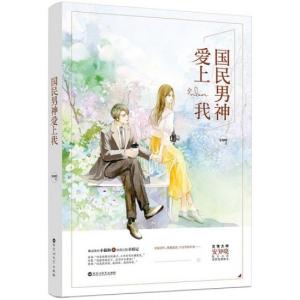 Qiao Xia, as TVE’s new entertainment reporter, had a good timing. She accidentally filmed her female cousin and her own fiancee’s scandal. And after one misfortune, a second misfortune got added ! When fighting helplessly alone, Qiao Xia, the pure and innocent little white rabbit, suddenly met the charming and arrogant male god – TVE’s crown prince Mu Liang.

Male God: I have a house, a car, a good looks, and also an unparalleled IQ. Where will you find such a good man?

Qiao Xia: …So I’m afraid that means you’re not a fool ?

But when she fell in love with the male god and wanted to spend the rest of her life with him, the male god retracted…

Anrgy Qiao Xia : What kind of male god are you, you simply are a scumbag!

Male God: Alright, since you want to get married, I will be a bit unfair to you and marry you.

What Qiao Xia didn’t know was that the male god had kept her in his heart for more than ten years.

“I am your cloud, on which you can stand for the rest of your life, with which do whatever you want, on which you can watch the world’s scenery. Even if you fall, it will fall on me. I will stay with you even in danger.”