The Most Shining Little Chicken in the Wolf Palace 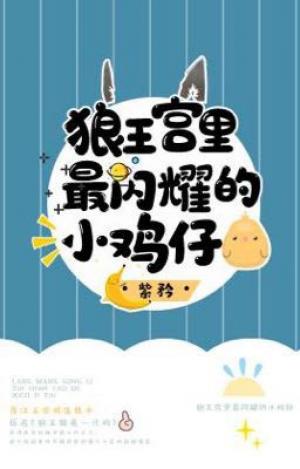 When the bird race wanted to flatter the king of the wolf race, he was thrown out directly by his parents. After that, he had been tossed like a toy by others from one place to another, numerous times. Finally, he ended up in front of the black wolf.

There was a rumor saying that the black wolf was the most ferocious existence in the wolf palace. And the black wolf’s favorite food was raw chicken!

He always excitedly gnawed the chicken, there was a possibility that blood could splatter everywhere!

Qiao Xi: I feel like I’m going to die.

And when Qiao Xi fell in front of the black wolf—

Qiao Xi was frightened out of his wits and immediately fell onto the ground. He unmanageably changed into a human form. His body was shivering uncontrollably, thinking to himself that he was going to die.

After standing still for a while, he suddenly lifted his paw and touched Qiao Xi’s pretty little face, he stated calmly: “From today onward, you’re my little brother.”

Qiao Xi, whose eyes were filled with tears: “…?”

Later, the black wolf ascended the throne in the wolf race.

Someone saw the black wolf carrying a chicken in his arm, and couldn’t help but say with a smile, His Majesty, the Wolf King surprisingly carried a ration with him, which was really interesting.

Suddenly, the Wolf King’s face darkened. He said calmly without any smile on his face: “This is my wife.”

He also ate this small one every day, but not as a ration, because this was his little treasure.