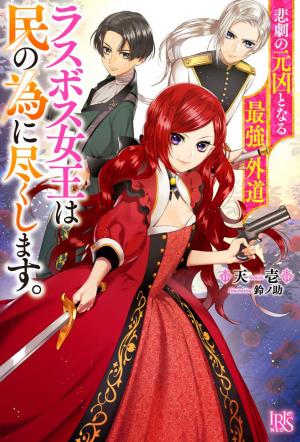 At the age of eight, I realised I had reincarnated as the nefarious last boss of an otome game, Queen Pryde. Her fighting strength is high because she’s the last boss who will fight with the capture target, and her superior cunning wits make her the most powerful first princess in a matriarchal country. Since she brings misfortune to all that surrounds her, what awaits is a future of ruination! …really, wouldn’t it be better if I died?

In this case, I’ll avoid destruction from the capture target and freely use my authority and cheat abilities to save everyone!