The Moon Comes to Me 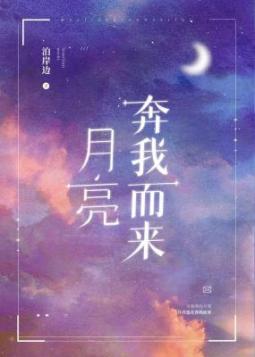 Tao Xi, who was supposed to be Lin Qinhe’s childhood sweetheart, traveled thousands of miles to meet* him.

When I was running towards the moon, the moon was also coming towards me.

[Story version]: Tao Xi, who was supposed to have a superior background, became a rural student in a national-level impoverished county because he was maliciously exchanged at birth. In the remote live teaching of high school in an impoverished county and the famous school in big city, he took a fancy on the school grass of the prestigious school on the screen, and finally was awarded the first place in the poverty-stricken county to “study abroad” at the prestigious school. But he found that the childhood sweetheart of the school grass was the one who was exchanged with him.

[Art version]: Tao Xi knew the fate of being deliberately exchanged by his “mother” when he was born in the third year of junior high. He lived in daze, until he saw Lin Qinhe of Wenhua No. 1 High School, a prestigious school thousands of kilometers away, on the remote live broadcast screen of a high school in a poverty-stricken county.

It was him who lived in the bottom of the well, and for the first time he caught a glimpse of the moon in the sky.

But when he exhausted all his energy to climb out of the well and waded towards the moon, he found that the star beside the moon should have been him.

Tao Xi wanted Lin Qinhe, along with the love he lost.