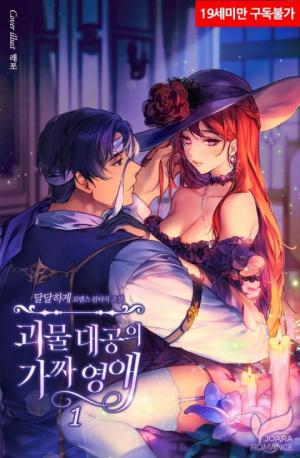 He moved his hand smoothly over Vivian’s arm and swiftly swept her lips against his.

Charmed by her tiny defiance, he slid his hand and stopped precisely under her curvy waist.

“What’s wrong? You knew it would come to this as well.”

Though his words were intimidating, his touch was full of warmth.

As if his temporary blindness was just a lie, his hands were vigorously seeking out her weaknesses and began his ruthless attack on them one after another.

Vivian was unable to stop her moans under the hands of his lascivious and stimulating touches.

On the very same bed that she had first climbed up to nurse his health, now it was herself that had been laid flatly to be enjoyed by him.

Even though she knew that the quiver she felt in her lower abdomen was wrong, she couldn’t help but to crave for his touch even more.

“We are going to marry later, anyway.”

He smiled sweetly as he kissed Vivian. Alas, Vivian was silently crying inside.

The Grand Duke wasn’t aware that despite in a dream, she was never the fiancée whom he will be married to. She was merely a stranger.