The Monster and the Detective 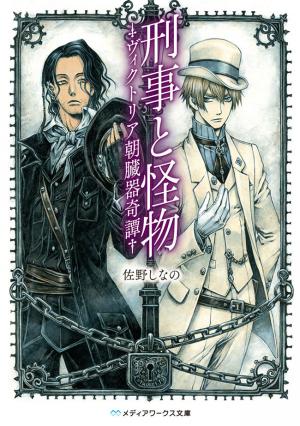 In 19th century London, incidents caused by monsters were causing a stir in the population. The so-called Snark are a group of people who transplant the organs of criminals, gaining special powers that way.

A newly recruited detective, whose enthusiasm for his job makes him stand out, is ordered to pair up with one of those Snarks. “Am I supposed to be working with a monster?” In front of the protesting Ash appeared an older gentleman with a cold personality, the complete opposite of Ash himself.

The man didn’t reveal his special powers, nor did he cooperate with the investigation.

Will the two of them, unable to stomach each other, keep on butting heads?