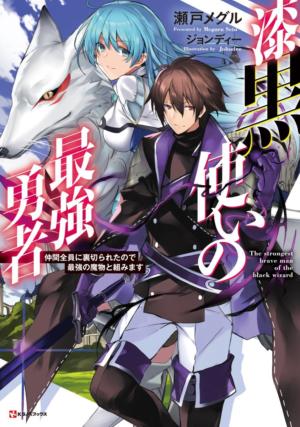 Shion, the ‘Hero of Darkness’. He was said to be the strongest hero ever. He believed one thing, and that was his current party members.

“I’ll defeat the Demon Lord with this party!”

That is what he swore to do, but a tragedy occurs. He was painfully betrayed by the girls that he trusted.

He barely held onto his life, but the incident left a deep scar in his heart.

He gave up on living, and while he was wandering around in a forest, looking for a way to die, a single monster appeared in front of him.

“Will you kill me, please?”

The monster asked Shion, who was still strong, despite losing his powers.

What Shion, who wanted to die as well, did was―