The Meeting at the Window of the Southern Tower 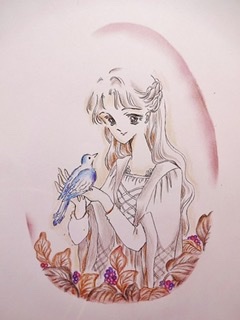 Ethel tried to get closer to him, but the secret was revealed when he fought with demons.

Everyone thought that the young swordsman died when he fell into the river at the end of the battle, but a few days after, there was information that he might be living on a hill in the downstream land.

Princess Ethel escapes from the castle with the desire to meet him. She climbed the hill with the help of a boy who guided her, but the truth she met was …