The Master of Metaphysics Just Wants to Quit the Circle 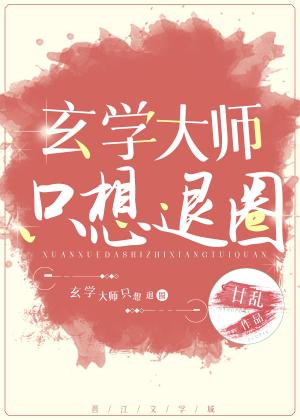 Chu Ruochun was born in a Heavenly Master sect with serious infighting. He became a victim of the infighting and died unexpectedly. He was reborn on the body of a draft star who was caught in a framing storm. If he wants to survive in this world safely, the first thing he needs to do is to solve the current problems.

So, he opened the live broadcast room to face the netizens who scolded him.

Netizen: You said you didn’t hit your roommate. What’s the evidence?

Chu Ruochun pointed his chin at the camera, raised the corners of his eyebrows slightly, and smiled like a spring breeze: “In three minutes, the evidence will appear.”

Netizens didn’t believe it, and scolded non-stop for three minutes in the live broadcast room. Three minutes later… – The draft star Chu Ruochun finally got out of the entertainment circle, and the black fans celebrated him by posting him on the trending searches.

Not long after, they discovered that although Chu Ruochun had left the entertainment circle, he often saw hot searches related to him. Not only did he not fade out of the entertainment circle, but he became even more popular! Today he is holding hands with a top male celebrity, tomorrow he will look into the eyes of that actor, and the day after tomorrow he will cuddle with a certain business tycoon… All fans: Garbage! Don’t rub our brother’s traffic! How shameless! Hello, does anyone care about him? When the fans of all the families were eager to kick Chu Ruochun out of the earth, all the stars immediately sent an apology to him on Weibo!

My heart is full of bitterness: Do you know how hard it is for me to say a word to him! ?

Feng Qi, the double film emperor, is the son of the Feng Family the metaphysics family. However, he is an alien in the metaphysical world. He can’t divine and catch ghosts. Even though his body is often heavy and cold, and he has bad luck, he still insists on believing in science. Until he met Chu Ruochun. The other side’s long white fingers crossed his eyes, and the warm and soft breath wrapped him: “Mr. Feng, what do you see now?” Feng Qi opened his eyes. Very, very good, the world outlook that has been adhered to for more than 20 years was immediately smashed!

Later, there was a rumor circulating in the entertainment industry: Listening to Master Chu’s words is better than reading for ten years. When the reporter interviewed Chu Ruochun, he smiled: “I’m not so divine. I just like to study traditional Chinese culture, and we should believe in science.”