The Marshals Want to Get Divorced 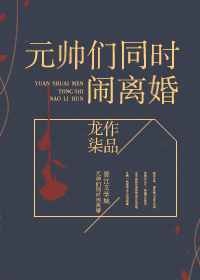 After the fall of the Galactic Federation, long-time lovers Lu Li and Xie Jianwei defeated the alien invaders, and formed the Empire with Lu Li as marshal. Everyone thought that all was well between them, but.

Xie Jianwei one day found out that Lu Li’s personality had split into several parts.

They were all individuals, yet still the same Lu Li. How could Xie Jianwei bear to watch as each Lu Li plot to kill the other?

Xie Jianwei used his SSS-class spiritual strength to enter Lu Li’s inner world, where Lu Li was god/director/actor all in one. To get to the bottom of the mystery, Xie Jianwei had to act along Lu Li’s delusions, else the dreamworld would collapse, worsening Lu Li’s condition, and split the personalities even further.