The Marquis’ Daughter Wants to Do Nothing 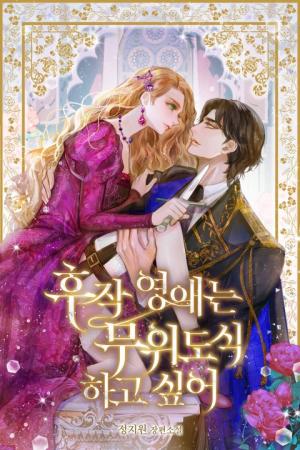 “I refuse to marry and I know nothing about dating, but I’m perfectly fine with murder!”

Alice, the beloved youngest daughter of the Marquis of Wisbourne, remembered her past life when she saw her older brothers getting harmed by the men who broke into their estate. Her past as Kim Eun Seo, a hired killer.

With her skills, she effortlessly got rid of the assailants and saved her brothers, but then the Grand Duke of Gloster entered Alice’s life, who only wanted to play with her brothers for the rest of her life.

He follows her around as if he had known her for a long time and keeps on pestering her to marry him.

Even the princess that Alice saw for the first time at the royal ball glared at her as if she just spotted an enemy.

Alice’s situation did not make her happy at all. Her goal in this life was to become the beloved youngest daughter! To live idly! But all kinds of incidents keep twisting Alice’s road to happiness……