The Man Who Doesn’t Take Off His Clothes 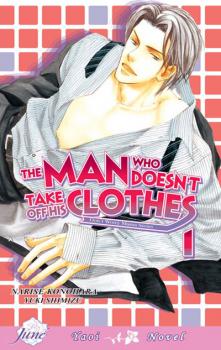 After leading anything but a fashionable collegiate life, Kaitani is entering his third year at a major cosmetics company. His boss is the Adonis, Fujiwara. Although any number of women have had their eyes on Fujiwara, Kaitani can’t think of him as anything but an ill-mannered snob. Word around the office is that Fujiwara keeps his clothes on even when making love! Things start to heat up when the two clash over a marketing campaign for a new line of men’s cosmetics.