The Male Lead’s Father Refuses to Break Off Our Engagement 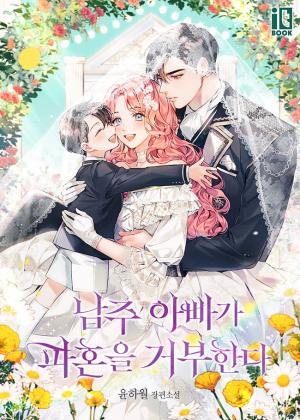 After she’d threatened the male lead’s father into marriage, I possessed the villainess Ibelia. In the original, she was kicked out after bullying the young male lead.

“The Duke doesn’t like me either, so I don’t want this marriage.”

I didn’t want to get caught up in the original story so I asked the male lead’s father for a divorce. Except…

“Once we got engaged, you became mine. I won’t break off this marriage.” The man who was supposed to despise me refuses.

“Are you sure you can’t be Luke’s mom? Is it because you don’t like Ruth?” Even the original male lead cried and begged me to be his mother.