The Male Lead’s Backyard is on Fire 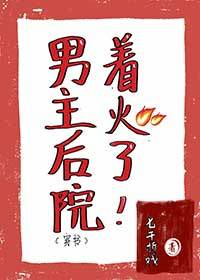 The Explorer, Wei Chi Li accidentally fell off the cliff and when she woke up, she was on top of a peerless Beauty in messy clothes and was covered in bruises.

She has Transmigrated? Becoming a vicious female supporting character in a cruel novel.

Female Supporting lead married the male lead, but was used by the male lead to abuse the female lead: Liu Luo Yi. In the end, the kingdom was destroyed and was stabbed to death by the fallen female lead.

In order to survive, Wei Chi Li decided to prevent the female lead from falling in love with the male lead.

One Day, Wei Chi Li finally divorced the Male Lead and was exhilarated to prepare to run away but was stopped by Liu Luo Yi.

Liu Luo Yi who had always been cold and indifferent, undressed and her face flushed. “I will give myself to you, don’t leave.”

There was a rumour in the Capital City, countless nobles came to propose to the princess who had married a Fifth-tier official. But was beaten up by a beauty. “Where did this shrew come from, so aggressive!”

Wei Chi Li handed a stick to the beauty then leaned on the door and smile: “Sorry, she is spoiled by me.”

After Liu Luo Yi met that man, her family died tragically and was bullied so she took it as it was her fate.

Unexpectedly, one day, the woman who had tortured herself, changed. The facts had proven that the one who rode a white horse to rescue you may not necessarily be a prince but could be a vicious female supporting lead.