The Male Lead Is In Charge Of The Successor 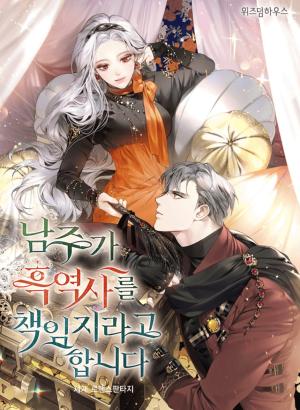 After dying in a mysterious accident, Eisel reincarnated in another world. A strangely familiar name and events heard from various places made Eisel realize that this is a world in a book. Eisel collects clues one by one and traces which book the world has been deceived. But, what is the world in the epic fantasy novel where destruction is just around the corner?!

Let’s fill up some warehouses with canteen sales and save the empire from destruction, so let’s live for a while! But then, she didn’t know that she would keep getting involved with this guy by saving the life of a young man once…

“How did we meet? No, how do you know me better than that?”

Was it because he was fascinated by the atmosphere surrounding Eisel, where she asked a relaxed question with a faint smile on her face?

Karl, who would’ve normally ignored her, nodded his head without hesitation. Eisel smiled at Karl’s answer, then lowered the bag and opened her hand.

“Then you were a coward.”

“Besides, you cried. Your Excellency grabbed me as I was about to go home and said this.”

Eisel’s voice rang slowly, as if drunk on incense. She suddenly came closer and smiled softly and stretched out her long fingers.

Karl, who had no intention of rebelling even though he was looking at the hand approaching him, opened his eyes wide when her fingertips pushed up his chin.