The Maid Who Became a Knight 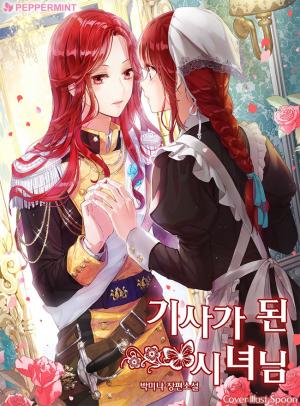 Late at night, a suspicious maid came to the handsome Count’s bedroom!

Leasis, the mysterious maid who took control of the continent’s hero, Count Dratius.

The turbulent romance between a maid who only knows to walk straight and the law-abiding Count!

“Marquis Schwalnon, what did you just say of my maid? You said she didn’t know the basics.”

My maid. Leasis’ cheeks heated up as she heard unbelievable words coming out of his mouth. She felt like she had a fever higher than when she had been sick after clearing a garden of its snow in the middle of winter.

She lowered her head. It seemed as if ten firecrackers had exploded in her chest, but at the same time, it was thrilling. She bit her lips, trying to calm down.

Meanwhile, Hizen returned to his usual self. He leaned on the chair with a relaxed smile. He looked so arrogant.

You’re the idiot who doesn’t even know the basics.